You Me Bullets Love is the enticing first taste of the debut album of the same name by The Bombay Royale. Theirs is a rare new sound that instantly bewitches your senses: exotic, teasing, cinematic and utterly exhilarating. The Bombay Royale’s madcap mashup of intoxicating rhythms, seductive lyrics (in Hindi, Bengali and English) and fantastic — bordering on surreal — performances makes them a wonder to behold. Starring vocalists Parvyn “The Mysterious Lady” Singh and Shourov “The Tiger” Bhattacharya and led by musical director Andy “The Skipper” Williamson, The Bombay Royale is an uncanny crew of masked marauders. 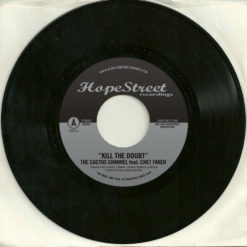